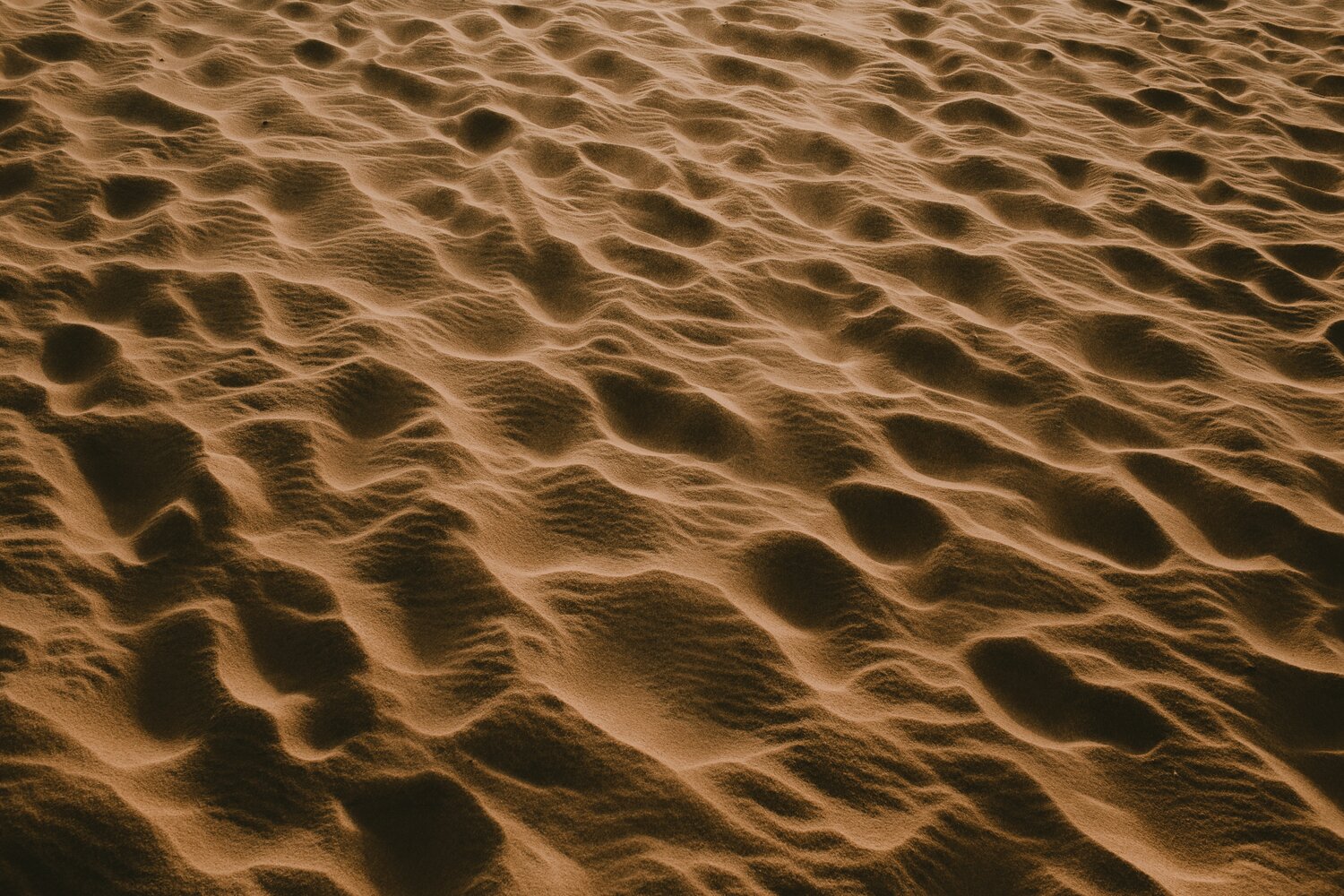 Psychotherapist, Registrar and Past President of CAST, Barbara is a CAST and ISST certified sandplay therapist, senior teaching member and supervisor/advisor. She is licensed as a psychotherapist with l’Ordre des Psychologues du Quebec. Barbara works with young children, teens and adults in Montréal, where she has had a Sandplay Therapy practice for 15 years. Her work involves individuals, families, schools and community agencies. Barbara provides Sandplay Therapy to Cree and Inuit communities in northern Quebec, where she also teaches local professionals to practise Sandplay Therapy, making this supportive approach more consistently available to children in their own languages.  Barbara has presented at CAST and ISST Conferences, is an International reader of ISST cases, and provides distance supervision to international candidates. She provides teaching, personal process, supervision and advising to Sandplay Therapy trainees in Canada.

A Teaching Member of CAST since 2000, Bea teaches and supervises students of sandplay in Western Canada and internationally and has been a visiting lecturer on sandplay for Simon Fraser University counselling psychology students. For three years she was Canadian representative for CAST on the Board of the International Society for Sandplay Therapy (ISST) where she worked with the member society representatives and taught and supervised international students. She reads final case reports for certification with the ISST. In her many years of previous agency work where she was family therapist and clinical supervisor and manager, she trained interns and practicing therapists in sandplay and promoted the effectiveness of sandplay to agency board members and funders. She has presented papers on sandplay at conferences in Canada, Switzerland, the United States and Germany. Her PhD thesis explored and proposed a contemporary philosophical framework for sandplay. In her private clinical practice in Vancouver she also sees adults for sandplay and psychodynamic therapy.

Armande worked with children for more than 40 years. She holds a licence from the Institut International Lumen Vitae affiliated with Louvain university (equal to 20 years of study in Quebec), and a licence in high school education from Laval University. For two years, she studied psychoanalysis at the C.G. Jung Institute in Zurich. Her training in Sandplay Therapy was done under the leadership of Martin Kalff (Switzerland) and she has used this approach in her private practice in Québec since 1991. Armande is a certified sandplay therapist, a Cast and ISST teaching member and supervisor. She is a CAST founding member. She is also a member of the Société Québécoise des Psychothérapeutes Professionnels-les. She has given workshops on sandplay to various health professionals, including psychologists, social service workers, doctors, osteopaths, workers in art therapy, etc.

Catherine is a Teaching and Supervisory Member of CAST and ISST.  She is also a Jungian Analyst, (IAAP), having completed her training at the CG Jung Institute, Zurich in 1999.   She is a co-founding member and past president of the Western Canadian Association of Jungian Analysts, (WCAJA), a registered member of the British Columbia Association of Clinical Counsellors, (BCACC), and a Registered Nurse, (BCCNP). Catherine began her Sandplay training in Zurich (1995), when she was doing her psychoanalytic training and has been using Sandplay with children, adolescents and adults in her private psychoanalytic practice since 1999. Catherine’s focus with Sandplay is currently providing personal process and supervision to Sandplay trainees, as well as working with adults who use Sandplay in their psychoanalysis.

Maria is a Senior Teaching Member of CAST and ISST, and a registered social worker providing psychotherapy. Currently in private practice in Toronto, she also offers personal sandplay process to therapists in training. Maria has provided mental health services in a southern Ontario hospital to children and families, where she integrated creative therapies, including sandplay, into her practice. She has trained and supervised on Jungian Sandplay in Canada and internationally, presented at national and international conferences and written about sandplay. She supervises and advises training candidates and is a case reader for case studies required for certification with ISST . Maria has also been an Instructor at Ryerson University in a collaborative educational program for First Nations social work practitioners. She is a Past President and board member of CAST.

Olga is a Past president of CAST, she served as a Vice-President, and CAST Rep on ISST board. She is a CAST/ISST certified Sandplay Therapist, Senior Teaching Member and Supervisor. Olga holds a Master’s degree in Art Therapy and a PhD in Jungian Psychology and Sandplay Therapy from Concordia University, Quebec. She is the recipient of a federal grant for her doctorate research with its focus on Sandplay Therapy. Olga worked in mental health and community organisations, and in a private practice as a psychotherapist, Sandplay Therapist, and Art Therapist. She has published and presented at various national and international conferences. Olga teaches Sandplay Therapy and also provides personal process and supervision to Sandplay trainees in Canada and abroad. Presently Olga serves as Treasurer of ISST.

Sylvia completed a Bachelor of Science (Honors, Psychology) and a post-graduate diploma (Master’s equivalent) in Psychological Assessment and Counselling (DCS) from The Institute of Child Study, University of Toronto. She then completed a distance education PHD in Child Psychotherapy and Play Therapy. Her other certifications include Play Therapy and Sandplay Therapy. Sylvia has presented internationally in both disciplines. Currently, she runs a full-time private practice in Kingston. Sylvia is also on the CAST board of directors and the International Sandplay Therapy Board of Directors (ISST). Sylvia is a member of the college of Registered Psychotherapists as well as the Ontario Association of Mental Health Professionals.

Dr. Baum holds over forty years of experience in the developmental services sector. Having received her MA in Special Education and Counselling, Dr. Baum worked at the Israeli Ministry of Education before moving to Canada, where she received her PHD. in Clinical Psychology at the University of Toronto.

A graduate of the Ontario College of Psychologists, Dr. Baum was the Founder and Executive Director of MukiBaum Treatment Centres, a charitable organization for children, adolescents and adults with complex disabilities, in particular with dual diagnosis: a combination of developmental and emotional/psychiatric disorders. In 2001, Dr. Baum initiated the creation of the MukiBaum Sensory-Motor Therapy Centre – it was among a handful of programs in North America providing intense, all-encompassing sensory therapy to people with dual diagnosis, autistic spectrum disorders, and other complex disabilities. She was also the founder of the Come To Your Senses Conference series, www.sensoryconference.ca. Dr. Baum was dedicated to improving the quality of life of people with disabilities through various means, including sensory and vocational therapies, expressive art education and therapies, and Sandplay Therapy. Pioneering the use of Sandplay Therapy in Canada and directing it to those who were complexly disabled is one of Dr. Baum’s key contributions to the field of mental illness and dual diagnosis. Her commitment to the use of Sandplay Therapy and psychotherapy with this population mobilized Dr. Baum’s research in this field. Results of her findings have been presented at national and international conferences, as well as in numerous professional publications.

Retired Teaching Member, Founding member, Board member and Past President of CAST. As a Special Education teacher Joan worked for many years with children who had academic, emotional and social problems.

From this she realized she wanted to establish a setting where she would be able to offer a more therapeutic experience. An important orientation was established through decades of studying Jungian psychology. When she discovered the existence of Sandplay it seemed to me to be a wonderful therapeutic approach. Joan joined the first Sandplay training group in Canada, attaining CAST/ISST certification in 1997, followed by Teaching Member status. Along with this she completed extensive training in play therapy. Joan offered Sandplay therapy in private practice in Oakville for ten years, and made presentations at CAST conferences in Toronto and Kingston, and at the ISST Congress in Rome, 2005.

Yvon is a Jungian Analyst (dip. Analytical Psychology, Zurich), a certified Sandplay Therapist and holds a PHD in Arts from Paris University, 1978. He began practising Sandplay Therapy in Zürich in 1992 and has been in private practice in Montréal, Québec since 1995. Yvon offers personal Sandplay process, Sandplay workshops (beginner and clinical work with Sandplay) and individual and group supervision. All services are available in French, English and Spanish.

Denise holds a Master’s degree in Philosophy from Ottawa University and a Master’s degree in Art Therapy from Concordia University. She worked as an art therapist in a psychiatric setting for 12 years and she taught Art Therapy at Concordia University for 14 years. A certified Sandplay therapist, she was a teaching member and offered supervision in Sandplay. She was using Sandplay in her therapeutic practice since 1989 and had a private practice in Saint-Sauveur, Québec. She has also been a Fellow of the Association for Music & Imagery, and a member of the Association des art-thérapeutes du Québec.

Brenda holds a doctoral degree in Education (University of Toronto, 2009) and a Master’s degree in Psychology (York University, 1991).

She became a certified Sandplay therapist in 1995 and a Teaching Member, supervisor and advisor for CAST/ISST in 1997.  From 2000, Brenda was a clinical member of OSP (the Ontario Society of Psychotherapists) and later registered in the CRPO (College of Registered Psychotherapists).  During her professional career in Toronto, Ontario covering more than two decades, Brenda worked in agencies with people with developmental/emotional challenges and in private practice with children and adults.  Brenda helped initiate Sandplay Therapy training programs in both Canada and South Korea. Now retired from OSP, CRPO, and her work in Canada as a sandplay therapist, teacher, and supervisor, she still teaches and supervises sandplay for a month or so, twice a year, in South Korea.  She also is recognized as an international reader of final case reports for ISST certification purposes.